THE WILDCAT HALL OF FAME

The Wildcat Hall of Fame was established in 2001 to recognize alumni of the Daily Wildcat for their distinguished and significant accomplishments in journalism or any chosen professional field. Alumni include anyone who worked on the Wildcat in any position while a student at The University of Arizona. Nominees must have been out of school for at least 10 years.

Nominations are made by other alumni. Read about the Hall of Famers here: 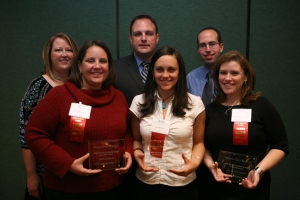 The Wildcat Young Alumni Award was established in 2008 to recognize alumni of the Wildcat who have been trend-setters, risk-takers and achievers, and who have been out of school for 10 years or less. Nominations are made by alumni. Read about the winners here: